Last June, the 53rd International Paris Air Show was held in Paris Le Bourget. The Show takes place every two years and brings together nearly 2,400 exhibitors and 350,000 visitors. It is an opportunity for Satys to meet its customers, its suppliers, but also to recruit!

At our stand at The Careers Plane, a hall dedicated to employment and training, the Human Resources team presented the Satys business activities. They were even on the French News on channel France2 which focused on employment at the Paris Air Show. There was a paint simulator which allowed the public to discover the profession of aircraft painter as well as information on the training provided in Toulouse (France) by the Satys Academy. Thanks to the "Feminizing the professions in aerospace" operation, many female students had access to the Paris Air Show to encourage them to find their calling in the aerospace sector. They took advantage of the painting simulator to put themselves in the shoes of an aircraft painter and were encouraged by a very enthusiastic team at the idea of welcoming potential recruits.

Our HR Development Manager, Marie-Antoinette Ay, received the President of the Occitania Region, Mrs Carole Delga, on our stand at The Careers Plane to present our activity. During their meeting, a training project led by the Human Resources team was also discussed. Satys is indeed participating in the development of a complementary mention to the aerospace professional baccalaureate in collaboration with the Airbus painting department, Sabena Technics and the Airbus High School. Supported by the UIMM and the GIFAS at the Ministry of National Education, this additional mention would make up for the lack of a diploma for the aircraft painter profession. Indeed, today, companies must train their painters themselves on the CQPM (Certificate of Joint Qualification in Metallurgy) and are unable to take on apprentices. With this new training, we hope to be able to promote the aircraft painter profession in secondary schools and thus have people already trained on the job market. Last March, our Human Resources team received confirmation that the additional mention to the professional aviation baccalaureate and the professional car bodywork baccalaureate would be created. It should be implemented as of the start of the school year in September 2020. Some high schools, such as the Airbus High School and the Gallieni High School in Toulouse, have already announced that they wish to add the additional mention of aircraft painter to their program. This new form of training is not intended to replace those already in existence but to provide a new way to become an aircraft painter. 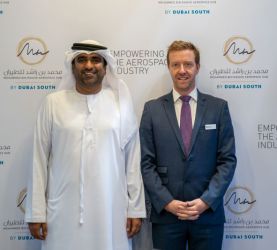 By continuing to browse the site, you agree to our use of cookies.